A new device has been approved by the Food and Drug Administration for people who suffer from acid reflux. The product, called the LINX Reflux Management System, uses a small, flexible band of interlinked titanium beads wrapped around magnetic cores.

How to Manage Your Medication for Better Health

The magnetic attraction is designed to resist the opening of the sphincter muscle to gastric pressure, thereby preventing the entry of stomach acids into the esophagus. At the same time, much higher pressures from swallowing can overcome the magnetic pull and allow food and liquid to pass normally into the stomach. The device is surgically implanted around the esophageal sphincter under general anesthesia.

A clinical study of 100 patients showed that difficulty swallowing, pain, and stomach bloating were the most common risks associated with the LINX System. According to the manufacturer other risk factors include: Achalasia (muscles of the esophagus fails to relax during swallowing), Death, Device erosion (device passes through esophagus wall), Device failure, Device migration (device does not appear to be at implant site), Device removal or re-operation, Esophageal spasms, Diarrhea, Infection, Impaired gastric motility (ability to move food/liquid through your system), Injury to the esophagus, spleen, or stomach, Organ damage caused by device migration, Retching and Worsening of pre-operative symptoms.

The device is a permanent implant, and only limited long-term experience is available. The manufacturer says that it is possible users may need to continue medications after the procedure. Additionally the manufacturer places a stern warning on it’s website warning patients that MRI’s are not allowed while the device is implanted as it may cause serious injury to the patient and/or the device.

Individuals with implanted electrical devices such as pacemakers or implantable defibrillators or anyone with metallic implants in the abdomen should not use this new device. 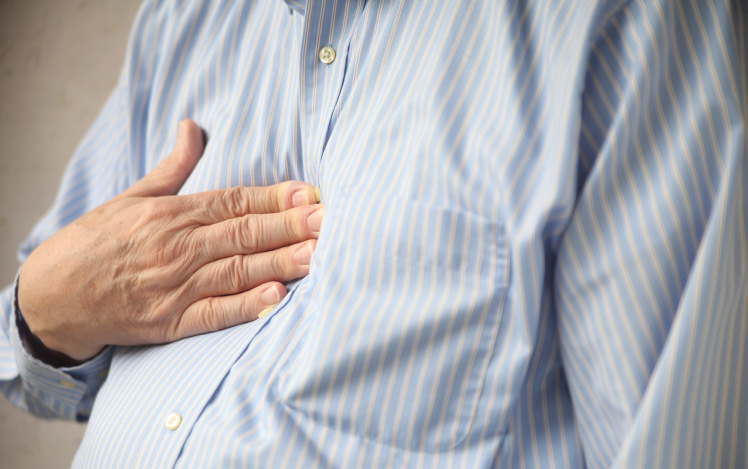 Individuals looking for natural acid reflux relief should consider sleeping in an adjustable bed. Doctors routinely recommend sleeping with the torso raised for people who suffer from hiatal hernias, acid reflux and nighttime heartburn. Sleeping in an adjustable bed may help temporarily relieve symptoms by allowing you to raise the head of the bed to just the right position to allow gravity to help fight gastric reflux.

The Food and Drug Administration has cleared the Easy Rest Adjustable Bed as a medical device.

Learn About Our Beds

To get started and receive a free catalog about our beds.

Want to Learn More About?

We want you to enjoy
quality and comfort from
Easy Rest